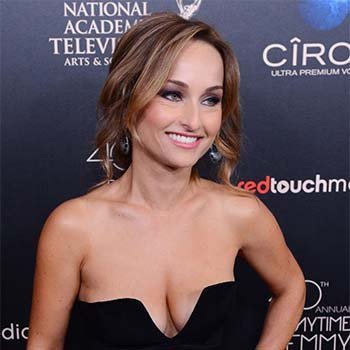 She attended the University of California, Los Angeles, where she obtained a bachelor's degree in anthropology. She trained at Le Cordon Bleu in Paris, France.

In 2006, she began hosting the show Behind the Bash. She also appears regularly as a contributor and guest co-host on NBC's Today. De Laurentiis is the founder of the catering business GDL Foods.

She was married to Todd Thompson, a fashion designer from 2003 to 2015. The couple had a daughter named Jade in 2008. The couple separated and the divorce was finalized on September 3, 2015.

She is a winner of the Daytime Emmy Award for Outstanding Lifestyle Host, and in 2012, she was inducted into the Culinary Hall of Fame.

In November 2015, De Laurentiis denied the long-standing rumors that she had a romantic relationship with fellow celebrity chef, Bobby Flay.