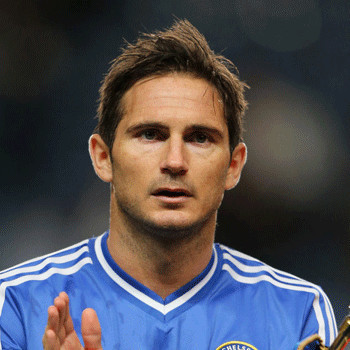 ...
Who is Frank Lampard

He was born to a family of footballers, his father was played for national team and twice won the FA Cup and his uncle was the manager of Tottenham Hotspur. He attended Brentwood School from 1989-1994.

He is capable of functioning creatively, due to his technique and passing range he also has the ability to make attacking runs, and has accuracy and can project powerful shot from distance.

He was previously married to Spanish model Elen Rivas and has a daughter from her. On 15 June 2011, he got engaged to Christine Bleakley with whom he has been dating since 2009.

He is the all time leading Chelsea’s highest-ever goal scorer goalscorer, where he played for 13 years and the current holder of 98 England caps. He won a second FA Cup winners' medal in 2009, scoring the winning goal in the finals.

There is a rumor of Lampard leaving the Manchester City soon and join some other club.