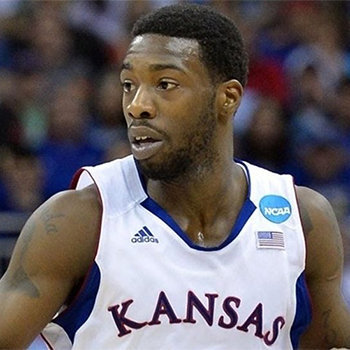 ...
Who is Elijah Johnson

He played his college ball at the University of Kansas, averaging 10 points both his junior and senior seasons. He was a bench player his first two years and played sparingly.

In September 2015, he signed with Pertevniyal of the Turkish Basketball Second League. On February 24, 2016, he left Pertevniyal and signed with Anadolu Efes for the rest of the season.

He is from Las Vegas, Nevada. He played NBA summer league ball for the Indiana Pacers and Denver Nuggets. He played alongside Jeff Withey at Kansas.