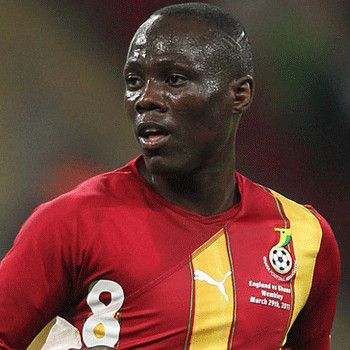 Badu was responsible for making Ghana the first African Nation to win the FIFA U-20 World Cup when he scored the winning penalty goal on 16th October 2009.

At the age of 24, there is no fact known about his current affairs, marriage or divorce. His brother Nana Agyemang-Badu is a footballer who plays for football club Asante Kotoko.

Badu’s awesome mid-air volley goal, scored from outside the penalty area, during a group match between Ghana and Guinea in 2012 Africa Cup of Nations was nominated for the year’s FIFA Puskas Award.

He has been rumored to be wanted in their squad by Liverpool, Spurs, arsenal, Hull and Stoke for the past few years but none rumor has proven to be true.