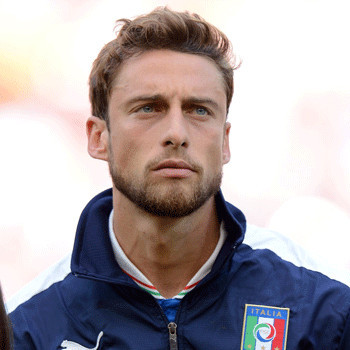 ...
Who is Claudio Marchisio

He is the youngest among three children, his parents had their own family business. At the age of seven he joined Juventus FC youth program and started playing from there.

Because his whole family were Juventus fan,he was the ball boy at the Stadio delle Alpi when he was a little kid. In June 2007, he made his under 21 debut, the group opening game of the 2009 European Championship qualifying.

In June 2008, he married his childhood love Roberta Sinopoli who is a tennis player. This happily married couple have two baby boys, Davide born on August 31, 2009, and Leonardo on March 12, 2012.

He received the award of Oscar del Calcio Team of the Year 2011 as a joint winner. He scored his first international goal in the Euro 2012 qualifier against Serbia. His salary is calculated as 3 million EUR (2012).

There is a rumor of Marchisio's transfer to Manchester United. As, he has got attention from the United's Officials.