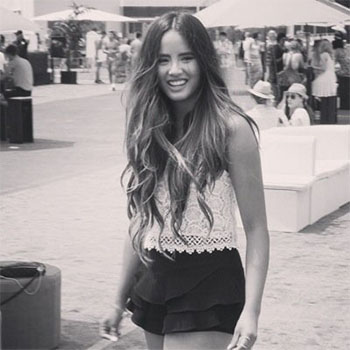 ...
Who is Emmalyn Estrada

She was born on 5th of April 1992 in Vancouver, Canada. She has one sister named Elise Estrada and she is also a singer.

She also runs a YouTube account and her first music video Don't Make Me Let You Go was released there. In 2012, she appeared in the TV movie The Wishing Tree .

Till date there is no any information about her love life in the media. It seems like she is still single and is in search of her lucky charm.

She has been nominated in Canadian Radio Music Awards once.

Popular and talented singer,songwriter,model,record producer and actress from America.She is well known for giving over half a dozen multi platinum records.