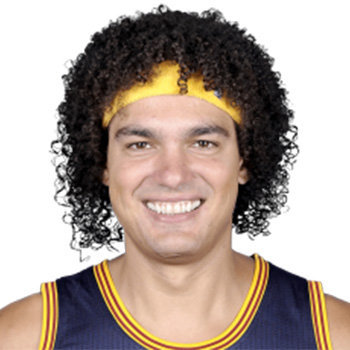 ...
Who is Anderson Varejao

From 1998 to 2002, Varejão played for Franca Basquetebol Clube in the city of Franca, São Paulo. He helped the Brazilian National basketball team win the Pan American Games in 2003.

2010 was one of his best seasons, when he made the NBA All-Defensive Second Team. He spent 12 seasons in the NBA with the Cleveland Cavaliers, endearing himself to his teammates with his hustle and becoming one of the franchise's most popular players.

He married Marcelle Silva in 2013. His brother Sandro Varejao played college basketball at West Virginia. Varejão earned the nickname "Wild Thing" because of his wild hair and energetic and relentless style of play.

He won a gold medal in 2003 at the Pan American Games.

On August 23, 2006, Varejão committed a controversial foul during a preliminary game of the 2006 FIBA World Championship against Greece. The foul involved Varejão elbowing Greek point guard Nikos Zisis in the face.