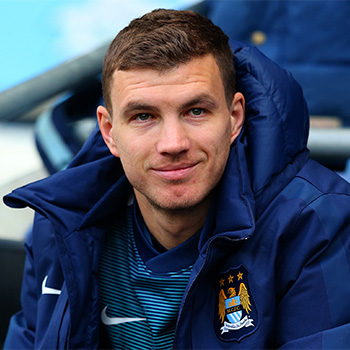 He was born in the early 1986 on 17th of March in Sarajevo, Bosnia and Herzegovina. He has one sister named Merima Džeko.

He has a towering height and it measures six feet and four inches. In 2011, he earned the salary of 8.47 million EUR. He was in Manchester City as a forward for four years.

He is the father of a sweet little baby girl named Una but the mother of her child is not revealed in the media.

He became the champion of Premier League twice.

He is fluent in several languages like Bosnian, Czech, German and English.