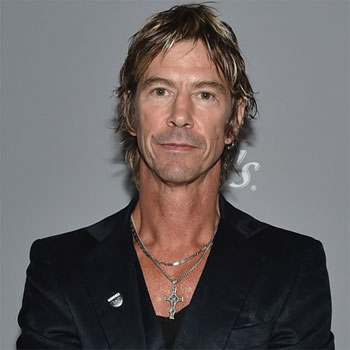 Alice and Elmer "Mac" McKagan gave him birth in Seattle, Washington. He has seven siblings and his brother Bruce trained him to play bass guitar. He left school and received GED.

Duff has an astonishing net worth of $20 million. Duff is the one last man standing who met Kurt Cobain on a flight just 3 days before his death. He has also appeared in the movie The Dead Pool and a documentary. Duff has written a column for SeattleWeekly.com, Playboy.com, and ESPN.com.

He has two daughters with his wife Susan Holmes. Previously he was married to Mandy Bix and Linda Johnson. Grace Elizabeth and Mae Marie McKagan are his daughters.

He is the inductee of Rock and Roll Hall of Fame.