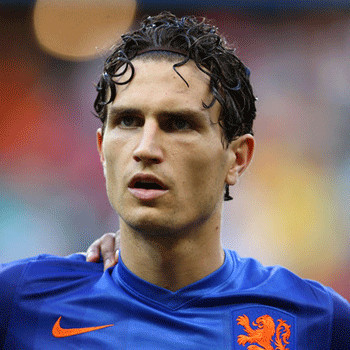 ...
Who is Daryl Janmaat

Daryl was born in Leidschendam, Netherland where he spent most of his childhood and began his youth career in 1995 playing for Feyenoord after which he was transfered to ADO Den Haag in 2007 after his skills sharpened.

Not much is known about Daryl's personal life as he is reluctant to publicize it. He is the father of his partner, Yoshi's baby named Xavi. the couple met in 2008 and have been together since. the couple has not tied the knot till now.

He has not received any individual honors but has won matches along with his team. He helped his club Heerenveen win the KNVB Cup 2008-2009. He was also in the Netherlands Team that came third in the FIFA World Cup 2014.

Like any other player there have been rumorrs about his transfer to other clubs one such being, Feyenoord again . But these rumors are fallacious. He is young right now and hasn't been subjected under any controversy till date.