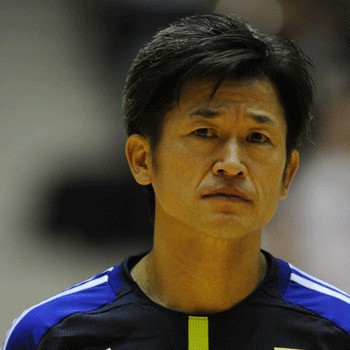 ...
Who is Kazuyoshi Miura

In 1982, he left the Shizuoka Gakuen School after less than a year, and traveled alone to Brazil at the age of fifteen to become a professional footballer. He signed his first professional contract with Santos.

He is currently the oldest football player in Japan's professional leagues. He is the first Japanese footballer to play in Italy and Brazil and got the first Asian Player of the Year award.

He has kept his personal love life apart from the media and other sources so there is no exact information regarding his marital relation. But as he has become this old so he might have got married.

He played his last national team match in 2000 and made a history with 55 goals in 89 matches in Japanese national team. In 1993, he was named the first J. League Most Valuable Player.

It's been a huge rumor that he is going to coach the Japanese National team from now onward.