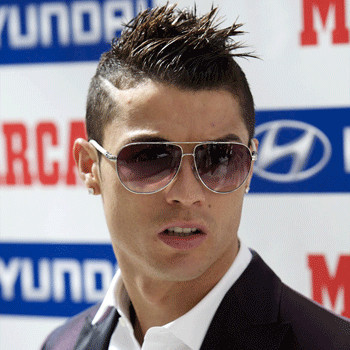 ...
Who is Cristiano Ronaldo

Ronaldo was born in Funchal, Madeira and was the youngest child of Maria dolores and Jose Dinis . He has three siblings named Hugo , Elma and Liliana Catia. the family lived under poverty he had to share the room with his siblings.

He was expelled from his school after he threw a chair at his teacher. He is currently 30 years old and weighs around 80 kgs. His father died of alcoholism related liver condition. He is a roman catholic and does not have any tattoos in his body.

Ronaldo has a son named Christiano Ronaldo Jr born on 17th June 2010 whose full custody is taken by Ronaldo himself. He has never really disclosed the mother of his child to the media. He recently ended his relationship with Russian model Irina Shayk.

He was put into jail on suspision of raping a woman in London hotel in October 2005. He announced that he doesnot drink alcohol and has created controversy over articles that deny so. There have been rumors about the mother of his child as well.