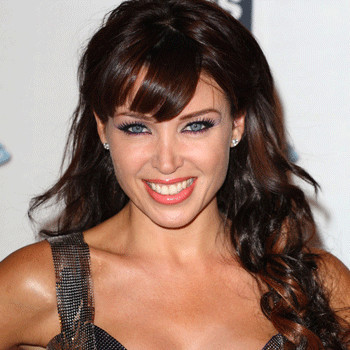 ...
Who is DANNII MINOGUE

Raised in Surrey Hills, Melbourne Had attended Canterbury Primary School and later Camberwell High School. Had started her acting career since her childhood.

Is the little sister of singer Kylie Minogue. Loves to watch Forumla 1 Racing. Is a vegetarian since 1985. Also known as Danstar, Queen Of The Clubs and Disco.

Currently single as has been separated from her boyfreind Kris Smith in 2012. Has a son from him born in 2010. Initially been married to Julian McMahon in 1994 but divorced in 1995. Had once been engaged to Jacques Villeneuve and Craig Logan.

Winner of the Capital Rhythm Award at the 2003 Capital FM Awards for her contribution to Dance Music. Been listed as the 8th Sexiest Woman In The World by FHM Magazine.

She had been pulled in several of the controversies. The most noticed one is her statement on Danyl Johnson that he was bisexual for which she had to apologies.