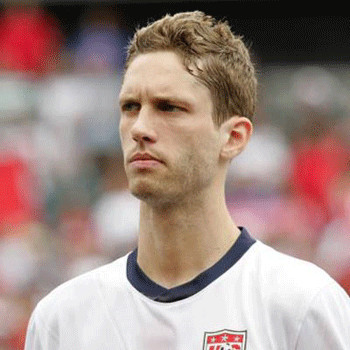 ...
Who is Clarence Goodson

He was born in Alexandria, Virginia, United States in the house of Goodson. His father name is Clarence E. Goodson and mother name is Jan Goodson.His birth name was Clarence Edgar Goodson. He passed his graduation from University of Maryland.

After dating for sometime he got married with beautiful lady named as Kelsey Dawson in Tacoma, Washington.This couple doesn't possess any children but Clarence has got one sister named as Jenna Goodson.

There was a rumor that he rejected Turkish team except that there is no any information about other rumors.