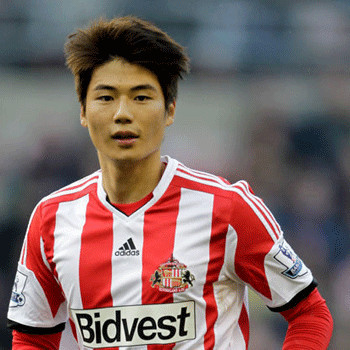 He was born in Gwangju, South Korea. He was sent to Australia by his parents to learn English and play football. In Australia he played football for John Paul College and developed his football skills.

He is very popular for his vision, shooting skill, long passing , strong ball possesion, tackle technique ,along with his good set pieces. He is known as "David" which is his English name of him in Australia.

He officially announced he is dating actress Han Hye-jin in March 2013, later on the engaged in May 2013. They performed their marriage ceremony in International Hotel Seoul.

In 2011 during the 2011 AFC Asian Cup semi-final match between Japan and South Korea, he created controversy by celebrating his scoring by making a monkey face front of a pitchside camera in an allegedly racist insult at Japanese people.