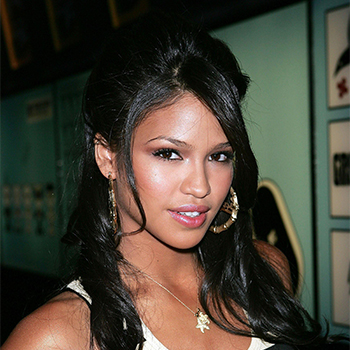 ...
Who is Cassie Ventura

born in New London, Connecticut, Cassie began modeling at the age of 14, and when she was sixteen, she was modeling for local department stores. She also took vocal lessons as well as using her schools performing arts program, taking modern ballet. Instead of going to college she moved to New York City, where she returned to modeling and classes at the Broadway Dance Center.

She has been featured in magazines including GQ. Cassie has also ventured into acting, she made her film debut in Step Up 2: The Streets.

She is currently in a relationship with rapper/mogul Diddy (Signed with his record label Bad Boy Recordings). In May 2015, they were featured in a racy ad for Diddy's fragrance "3 AM".

Her first single Me & U Not only took its peak on the first rank of both Billboard's Hot R&B/Hip-Hop Singles & Tracks and Rhythmic Top 40, the composition also gloriously escalated to the top three of The Billboard Hot 100 after spending 13 weeks on the chart.

Diddy denies proposing to girlfriend Cassie after flashing a large diamond engagement ring on Instagram and asking if she liked it. But on Monday he denied this was a proposal. 'They are not engaged,' his rep told MailOnline exclusively.

Aida Yespica is a television personality and an actress. She is also famous for being the former beauty pageant contestant. She is also a model.

A talented and enthusiastic lady, Karrueche Tran is an actress from United States and she is famous for her appearance in several movies and TV series.