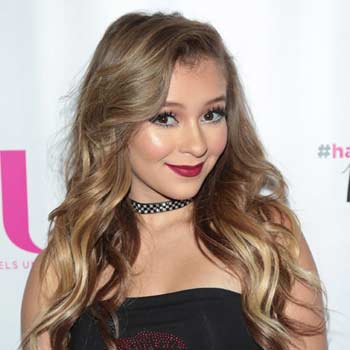 ...
Who is Danielle Cohn

A very renowned name in the Musical.ly and Instagram, Danielle Cohn took the title of Miss Florida Jr. Preteen Queen in 2014, she is a signed model who found an online following through the app musical.ly.

Danielle was born and grew up in Florida, United States from mother Jennifer Cohn along with her brother Chad. Her mother has helped her daughter with her social media accounts.

Danielle has earned the love of 10 million fans on Musical.ly, 2.1 million followers on Instagram. She loves children and does much charity for the deprived children. She participated in several modeling competition after winning the title of Miss Florida Jr. Preteen Queen in 2014. She currently associates with popular fashion agency and some top brands in USA which include BMG Fashion House, Lisa B Jewelry and Juicy Couture Clothing.

Aside from her professional career, Danielle Cohn is currently dating MUSICAL.LY STAR, Sebastian Topete. The couple is very public about their relationship and posted several pictures on their social media platforms. He is best known for his collaboration with Danielle on musical.ly under his 'bosrecords' account. Previously, she dated social media star Cole Galotti.

She holds the title of Miss Florida Jr. Preteen Queen in 2014.

She has not been the part of any rumor and controversy.