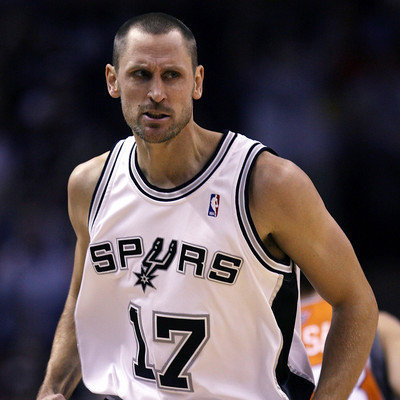 He was born in Hempstead,New York as a son of Hall of Famer Rick Barry.He completed his high school from De La Salle High School in Concord, California and graduated from Oregon State University.

He is a great player with great passing ability but he is also a strong three point shooter.He is tall player so he can play a variety of position like point guard,small forward as well as shooting guard.

Regarding his personal life, he is a married man.He married a girl whom he loved since his high school named as Erin Barry in 1998.These couple has two sons.But now these couples are now divorced.

He won two championship with the San Antonio Spurs in 2005 and 2007.He was also the first caucasian player who won the Slam Dunk Contest in NBA all star weekend in 1996.

There was a rumor that the couple got separated because of extra marital affair but his wife deny that statement.