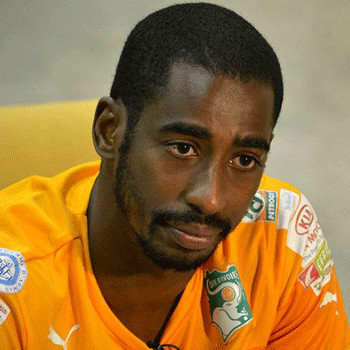 ...
Who is Boubacar Barry

He was born with Guinean origin in Abidjan, Ivory Coast in 30 Dec, 1979. He had keen interest in playing football since he was a small child and gradually made his profession out of it.

He is a double footed goalkeeper which is a rarity for his position. He is known for his strong resemblance to rap legend Tupac Shakur. He plays under the football name of "Copa" in Belgium but in the national team he plays with his regular name.

Personal life of Barry has never been enlighten in front of media. So there is so such evidence of him being in a relationship nor getting a knot tied up with someone or having a child.

He has 81 caps for the national team, and was called up to the 2006 World Cup. In 22 June 2006, he was present in the final group match against Serbia and Montenegro, which Côte d'Ivoire won by 3–2.

During the world cup 2014, he was spotted eating grass during the clash with Greece which has dragged him to a controversy of having mental disorder.