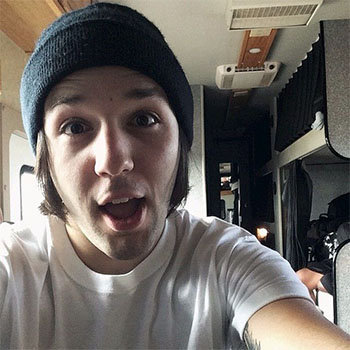 Alix Monster is an American lead guitarist of the boy band Ghost Town. He also provides backing vocal to the band. The band's album The After Party was very successful.

Born in Hollywood, California. His parents information and family background is missing right now. He earned degree in Bachelors of Science in audio production.

He met Kevin Ghost who is lead vocalist of the band,in his high school. His real name is Koochaki.In 2014, he performed in Vans Warped Tour along with the band.

After being so popular and so successful he has managed to remain silent on his personal information. No one knows his relationship status.