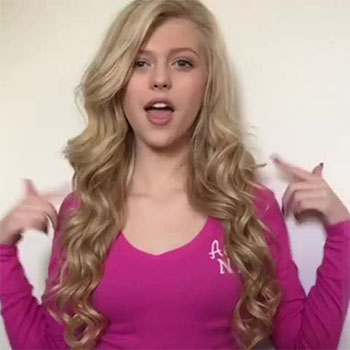 Loren was born on 19th of April 2002 in Pennsylvania, United States of America. Her birth sign is Aries and she is white.

As of early 2016, she is believed to have more than 3 million followers for her Musical.ly account. She has been active in Musical.ly since 2015.

Though she is just in her early teens, she has already started her romantic love affairs. She is seeing Whynot_Joey as her boyfriend.

She is also known by Loren Gray.