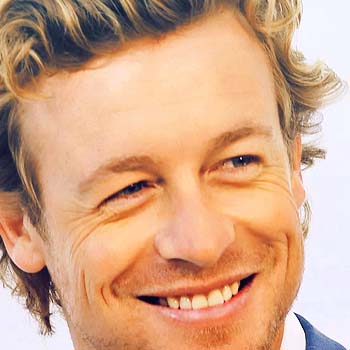 Simon Baker was born in Launceston, Australia to Elizabeth Labberton and Barry Baker. Terri Baker is his elder sister.

He has estimated net worth of $45 million dollars. His salary is also in hundred thousand figure. He is 177 cm tall and has the matching weight of 73 kg.

He married Rebecca Rigg who is also an actress in 1998. They lived together for five years before marriage. They now have three children and live in Malibu, California.

He won family television awards for as a best actor in The Guardian. He also has won Logie Awards as Most popular new talent for his role in E Street in 1993.

There were many rumors about him regarding his personal life as well as his career but every time its been unofficial or declined by him.