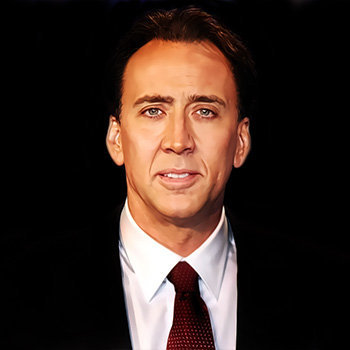 Born and grew up in Long Beach,California from parents August Coppola and Joy Vogelsang.He has two brothers named Marc Coppola and Christopher Coppola.

He has a jaw dropping net worth of 150 million dollar.Nicolas is regarded as one of the hollywood’s highest paid actors.He has also done charity programs.

Nicolas was married three times with Patricia Arquette,Lisa Marie Presley and Alice Kim and got divorced with all.He has two sons named Weston Coppola and Kal-El.

Nicolas was charged for suspicion of domestic abuse battery and for disturbing peace and public intoxication.