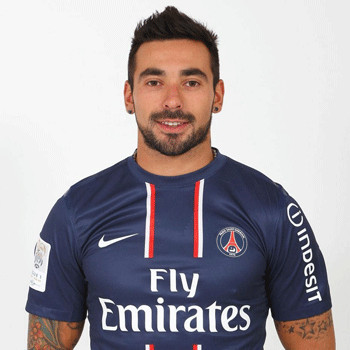 ...
Who is Ezequiel Lavezzi

By birth, his full name is Ezequiel Iván Lavezzi. He was born in Villa Gobernador Gálvez, Argentina. He was interested in soccer since his young age. After playing some local games, he started his career at Estudiantes.

He has got a tattoo printed on his chest made of Jesus and also got tattoo on right arm and right abdomen. While playing, he wears jersey no. 22. It is said that he had got salary of 4 million Euro in 2012.

There is not much information found about his personal life, affair or marital status. But it is said that he has got partner named Yanina Screpante.

He is popular for his dribbling ability, pace and hardworking style. But personally, he hasn't got any renowned achievement or awards till now.