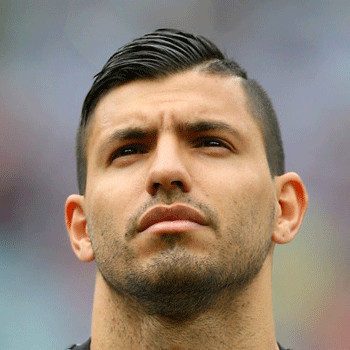 ...
Who is Sergio Aguero

Sergio Aguero was born in Buenos Aires, Argentina where he spent most of his childhood. He began playing football at the age of nine and was already the youngest player in the Independiente at the age of 15.

Sergio's nickname 'Kun' was given by his grandparents. He has a Tengwara inscribed tatoo on the side of his right arm and a tatoo of his son's name and date of birth in the left arm.

Sergio married Diego Maradona's youngest daughter Giannina Maradona. The couple gave birth to a a son named Benjamin on 19th February 2009. But in January of 2013, the couple filed for divorce.

There have been constant rumors about Sergio leaving Manchester City but till date they have proved to be fallacious news. there have also been rumors about infidelity on Sergio's side in his marriage.