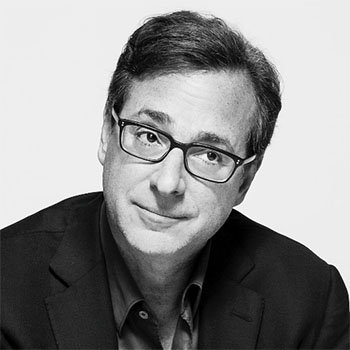 He was born on 17th of May 1956 in Philadelphia, Pennsylvania, United States. He has two siblings and they are named as Andrea Saget and Gay Saget.

He has a towering height as it measures six feet and four inches tall. He is one of the wealthiest comedian with net worth of $100 million dollars.

He was married to Sherri Kramer for about one and half decade. He is also the father of three children and they are named as Aubrey Saget, Lara Melanie Saget and Jennifer Belle Saget.

He has once been honored with Student Academy Awards, USA.

He was the student of Temple University.