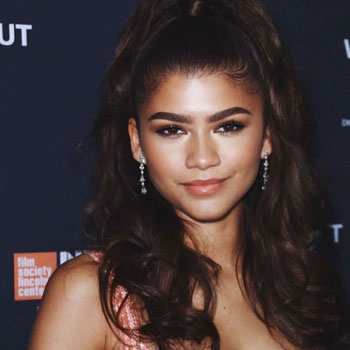 Her career started as a fashion model for Macy's and Old Navy in 2008. Prior, during her days as a student at the Oakland School for the Arts, Zendaya landed a number of roles in local theatrical productions.

She was featured along with rapper Lil Wayne and NBA player LeBron James in a performance of "Scream and Shout" by Will.I.Am and Britney Spears for a television commercial for Beats by Dr. Dre Color. Moreover, she is also the public face of X-Out, Madonna's clothing line "Material Girl, Cover Girl, and Chi Hair Care. According to "The Richest", she has a staggering net worth of $1.5 million.

She is never spotted with any man on a romantic date nor in rumors.She might be dated in the past. However, currently, she is single. Besides her career, she loves singing, dancing, and designing clothes. She is a vegetarian and currently resides in Los Angeles, California and owns a house there that is worth $1.4 million

She was rumored to be having an affair with Tom Holland.

Carla Paolina Gallo is an American actress notable for recurring roles in the television series Undeclared, Carnivàle, Bones, Californication, and a number of film roles.