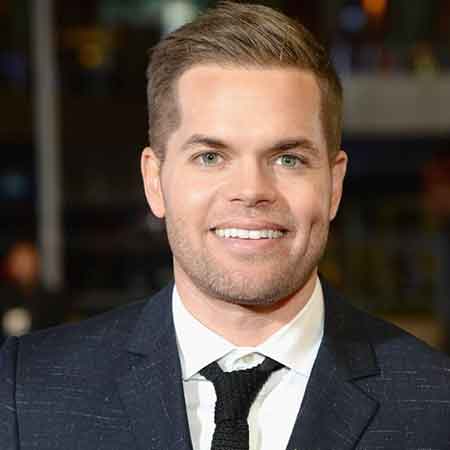 Wes Chatham first acting experience came out in an ad for Tide at five years old. He attended a continuation school after being kicked out of high school, where he discovered his passion for acting.

Wes Chatham film credits include All I See is You, Broken Horses, Baby Bleed, The Help, Husk, This Thing with Sarah. Besides that, he also successfully established himself as a television actor, The Night Shift, The Expanse, Hand of God, The Mentalist, Political Animals. His dedication and devotion towards his job given him great earnings. He has a staggering net worth of $1 million.

Wes Chatham love life is quite romantic with Jen Brown who is an American sports broadcaster and television host. The couple started their romance in 2011. The same year, their relationship turned into the engagement. The duo married each other on April 7, 2012, in Adairsville, Georgia in the exotic Barnsley Gardens Resort situated in Adairsville. They together have two sons, John Nash, born in 2015, and Rhett Jameson, born in 2016.

Although there are no awards accounted to his name, Wes Chatham is sure to earn some applause in the days to come.

Wes Chatham has not been the part of any rumor and controversy.

Max Beesley is an actor who is also gifted with a sweet loving voice and a great music talent. His popularity rose to prominence after he starred in the TV drama Hotel Babylon.