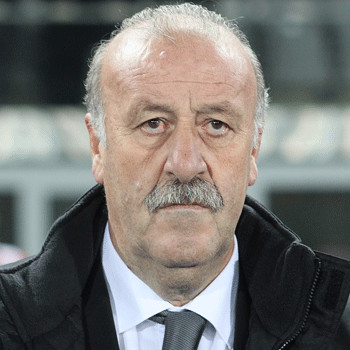 He was born at Salamanca, Spain, and is Spanish by nationality. As disclosed in the internet Vicente’s father was a railway worker in Spain itself who worked very hard to support his family.

He served at Real Madrid since 1994 and rose through the ranks at the club; however, he only first managed Madrid for a couple of months in 1994

He is leading a happy married life with his wife María de la Santísima Trinidad "Trini" López and his three children, two sons and one daughter.

Vicente del Bosque González has received many awards and achieved many goals through hard work and excellent management skills. One the distinguished one is 2012 FIFA World Coach of the Year.

As we all know other coaches would love to coach other nations for financial reasons, but he denied the offers as he has his goal set on to coach his own nation. With some information on the internet one of his sons was found to have Down Syndrome.