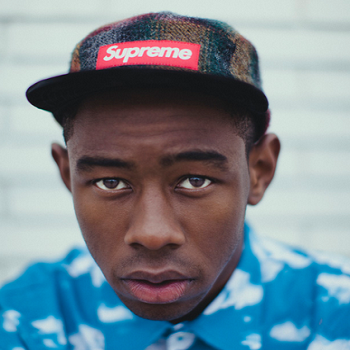 EDIT/Suggest of Tyler The Creator

Tyler Gregory Okonma (born March 6, 1991) is an American rapper and record producer. He is also popular by his stage name Tyler, The Creator.

Tyler Okonma was born in Los Angeles, California, United States of America. He was born to a Nigerian father and his mother was from a African-American and white Canadian descent.

He was enrolled in twelve different schools, in Los Angeles and Sacramento areas, during his twelve years of schooling. He learned to play piano, with his own effort and knowledge.

There is no any information about his personal life in the media, maybe he is more interested in keeping his personal things secret.

Tyler has been nominated in various awards and has also won MTV Video Music Awards and MTV2 Sucker Free Awards.

Tyler is frequently criticized for his use of homophobic slurs.

Handsome and renowned singer,songwriter and actor from Australia who is best known for gaining third position in 5th season of The X Factor Australia.