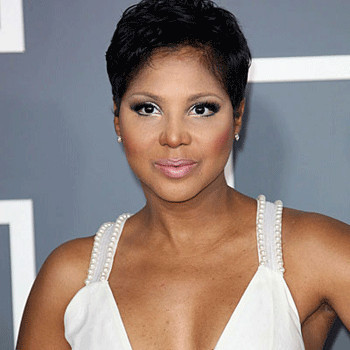 Toni Braxton is the daughter of Michael Conrad Braxton and Evelyn Jackson.Among her six siblings she is the eldest one.She joined Bowie State University to obtain a teaching degree but she decided to drop out and sing professionally.

Toni Braxton was discovered by William E. Pettaway while she was pumping gas.Her net worth is about $50 Million USD.She was raised in a strict household.She is also known as the title of Queen of R&B.

Toni Braxton met Keri Lewis when she was on a tour and they got married on April 21 2001.The couple had their first child in 2001 named Denim Cole Braxton Lewis.She also have her second son named Diezel Ky Braxton Lewis.Later they got seperated.

Toni Braxton was rumored of getting her nose job done.She was also rumored of marrying for the sake of money.