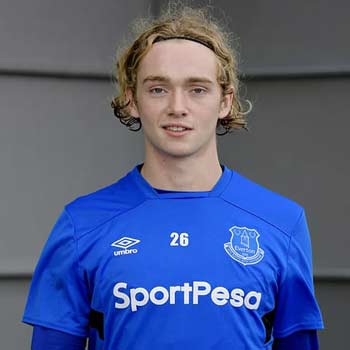 Born and raised in Liverpool, Merseyside Davies he grew up along with his older brother Liam, who currently plays football for Chester. He is the nephew of former Blues midfielder Alan Whittle, who made 74 appearances for the club between 1967 and 1972.

Starting his career playing for the club Tranmere Rovers he is one of the pro footballers now. His first goal was with Everton in 4-0 win over Manchester City. He earns a decent amount from his career taking into account of his weekly pay, £6,000. As of Jan 2, 2018, his current market value is 15,00 Mill. €.

He shuts his mouth regarding his affair, girlfriend, dating history or other private concerns. He might have a girlfriend, but without correct info, it is difficult to say anything about him.

There is no rumors and controversies regarding his personal or professional life till the date.