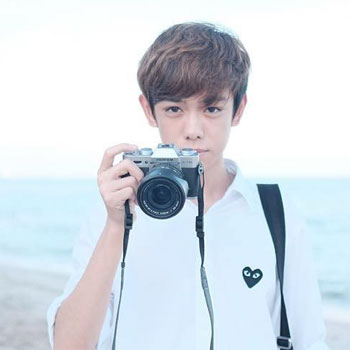 He attended New Sathorn International School.He is a very popular pop singer in his home country Thailand and is also a popular face in the social networking sites like instagram, youtube and facebook with huge followers.

He has appeared in commercials for McDonalds, KFC, Pizza Hut, and Ovaltine.He is a pop star born in Thailand like Kpop singer BamBam.

His full name is Third Lapat Ngamchaweng.He is a very talented pop singer with many hit songs in his name and has signed under kamikaze a very huge record label in Thailand.