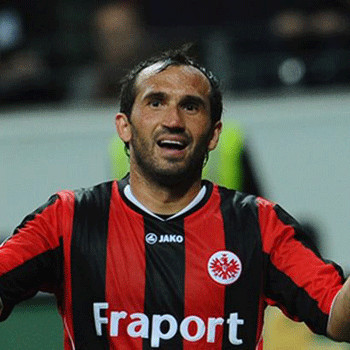 ...
Who is Theofanis Gekas

He was born in Larissa, Greece. He began his career from the local club Larissa and played for it for three years. There are no other information about his childhood and his education.

In 2008, he married with Vasso Gekka. He and his spouse have two child together. Mikaela Lamprini Geka and Nikolaos Gekas are their twin children. He is living happily with his wife.

He is Greece's third highest all time goalscorer with 24 goals. He has played vital role for his country's team to reach UEFA Euro 2008 .He has annual salary of 600,000 Euros

He hasn't created any rumor news. He has maintain himself as a clean personality in the media.