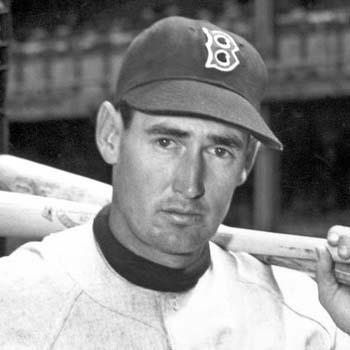 From his childhood he was very keen to play baseball. He studied Herbert Hoover High School. While playing baseball in a school, he got many offers but declined by his mother because of his age.

Even today he is considered as one of the greatest hitters in baseball history. He was nicknamed as "The Kid", "The Splendid Splinter", "Teddy Ballgame", and others. He served in US Navy, US Marine Corps and Marine Combat Aviator.

He married thrice and got divorced with all of them.Firstly he married Doris Soule and had one daughter. After with Lee Howard. Then he married Dolores Wettach and had son and daughter. Later he had a lived with Louise Kaufman till her last day.

He had received Baseball Hall of Fame,Presidential Medal of Freedom, Triple Crown and others.

Sal Vulcano is the member of the comedy troupe known as The Tenderloins who are the creators, executive producers, writers, and stars of Impractical Jokers.