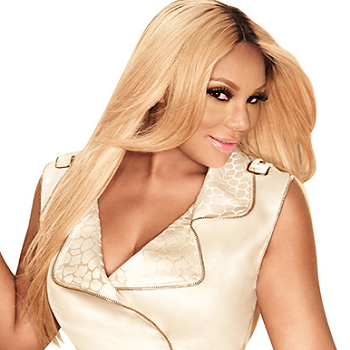 ...
Who is Tamar Braxton

Tamar Estine Braxton was born in Severn, Maryland, United States of America. Her parents are Michael and Evelyn Braxton. She began singing as a toddler.

In 2014, she launched a ready-to-wear clothing and shoe line, Tamar Collection. She is the youngest of 6 siblings. She is one of the hosts of The Real talk show.

Tamar has been nominated in various awards and has won BET Awards and Soul Train Awards.

There's been a rumor about her, getting divorce with her husband Vincent Herbert