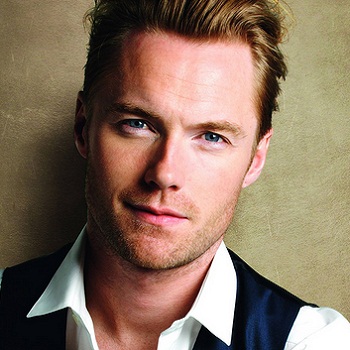 ...
Who is Ronan Keating

Ronan Patrick John Keating (born 3 March 1977) is an Irish singer-songwriter, recording artist, musician, and philanthropist. He is best known as the as the lead singer of Irish group Boyzone.

Ronan appeared as a guest anchor on the morning slot of UK radio station Magic FM. He also became a judge on The X Factor, Australia.

Keating married Irish model Yvonne Connolly. They have three children named Jack, Marie 'Missy', and Ali. They separated in 2010.In April 2015, he announced his engagement to Australian TV Producer and Model Storm Uechtritz.

Ronan has been nominated in various awards and has won Smash Hits Best Solo Male. He also has a World Music Award for the best selling Irish artist.

Keating blast an angry word with Radiohead frontman Thom Yorke several times in the press, allegiadely calling him a "muppet" and an "idiot" due to Yorke ignoring Keating at a hotel.