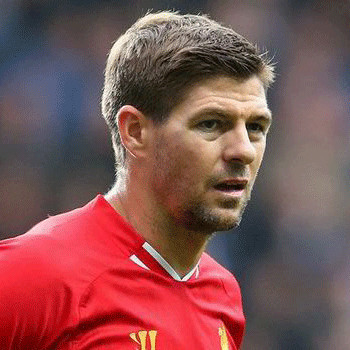 ...
Who is Steven Gerrard

He started first playing for hometown team Whiston Juniors and got noticed by Liverpool scouts. He later joined the Liverpool Academy at the age of nine, and started his trail play from various clubs at the age of 14.

On 5 November 1997, he signed his first professional contract with Liverpool .He made his first Liverpool team debut at the age of 18 in a Premier League match against Blackburn Rovers.

He was awarded the Member of the Order of the British Empire in the 2007 Queen's New Years Honors List for his services to football. He represented England at 114 caps and he is the third most capped player ever scoring 21 times.

There is a huge rumor of Steven Gerrard heading to Los Angeles Galaxy leaving his Liverpool's captain-ship.