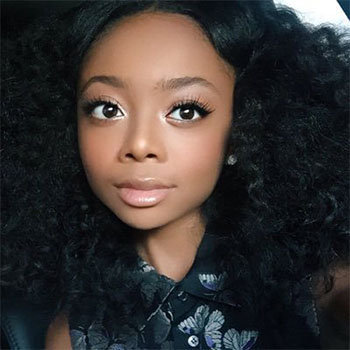 An American child actress who came to prominence after playing a role in the television series Jessie under the production of Disney channel.

Born in New York as a daughter of Jacob Jackson and Kiya Cole. In her childhood days she used to appear in commercials of band aid bandages and different national commercials.

Has featured in films like The Smurfs, Arthur, Boardwalk Empire and Royal Pains. Her trade mark is her natural long curly hair. Her eyes color is black.

Currently she is not dating any boys of her age. May bee she will hook up with boys in future. Now she is busy flourishing her career.

Got nomination in NAACP Image Award.