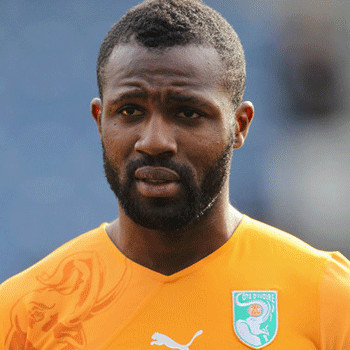 He used to play soccer from his early childhood and started his career at homeland club ASEC Abidjan, where he came through the famed youth academy a production of many of the Côte d'Ivoire national team of today.

He was the only player in the Ivorian's African Cup of Nations team not to make it into the 2006 World Cup squad. In 2011-2013, he played for Paris Saint-Germain FC, in international competitions.

He is busy these days to make his career strong and has never been such interactive with media. So there is no exact information regarding his personal life. Yet we can assume that he is single.

He played a part in the international scene for his nation and was one of the key member of the National squad for the 2006 African Cup of Nations tournament that was held in Egypt and reached to the finals.

Arsenal is closely watching Tiene and there is a rumor of his transfer towards Arsenal.