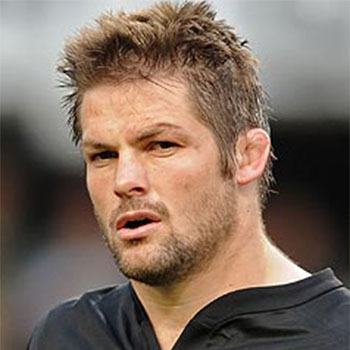 A native of Oamaru, Richie has some connection to Scotland as his great grandparents were from Scottish Borders. He was born on 31st of December.

He is six feet and two inches tall and he weights 234 lbs. His net worth is estimated to be around $2.5m.

In the early 2013, he was spotted with Gemma Flynn, one of the talented New Zealand field hockey player. They have been engaged since early 2016.