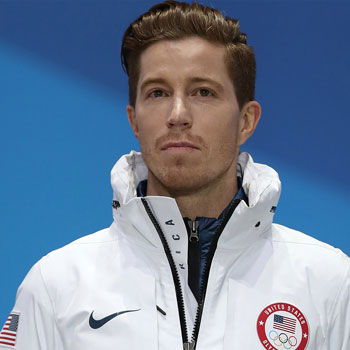 He followed the footsteps of his brother and took up skateboarding at the age of six. He has won many titles on skateboard including the overall title of Action Sports Tour Champion, and also the first sports player to participate in and win both the Summer and Winter X Games in two different sports.

Besides snowboarder and skateboarder, he made a short appearance in the 2011 film Friends with Benefits, the 2013 episode "Da Flippity Flop" of the animated TV series American Dad!, and the 2014 Disney Channel Original Movie Cloud 9. He endorsed for several popular brands, Burton Snowboards, Oakley, Inc., Birdhouse Skateboards, Park City Mountain Resort, Target Corporation, Red Bull, Ubisoft, Adio, and Hewlett-Packard. He had earned $9 million from his endorsements in 2008. Through his earnings, he has invested heavily in the real estate market. He purchased worth of $1.6 million, 1,200 square foot house in Los Angeles. Also, he has two side-by-side properties in Malibu. This was purchased in 2013 for $8.9 million. He has a staggering net worth of $40 million.

Shaun White and his girlfriend, Sarah Barthel have been dating since 2014. The couple met in the New York City. Sarah is a prominent member of Phantogram band. He partially owns the Air + Style music and sports festival and founded the WHT Space clothing line.

He won Revolver Golden Gods Award for "Most Metal Athlete." He was also named Transworld Snowboarding's Rider Of The Year twice. Likewise in the March 2009 issue of Snowboarder Magazine, he was called the ninth-best snowboarder in the World.

He was arrested near a hotel in Nashville for public intoxication and vandalism after attending the wedding party of the drummer of The Black Keys, Patrick Carney