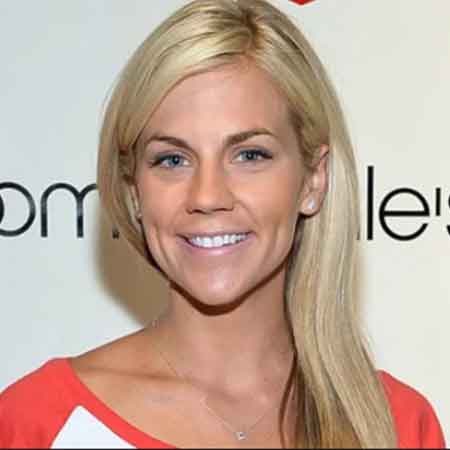 ...
Who is Samantha Ponder

Samantha Ponder was born Samantha Sainte-Claire Phoneix and brought up in Phoenix Arizona. After completing her high school education from Central High School, she joined The King's College in New York City. Ponder used to work as a researcher-assistant at ABC-TV on the college Football Studio show. She later transferred to Liberty University along with the job offer as a sideline reporter.

Following her college year, she worked at stations like ABC-TV and Liberty Flames sports television networks. In 2009, she became the sideline reporter for Fox Sports Net and Fox College Sports reporting for Pac-10 and Big 12 college basketball and football games. In 2011, she was hired by ESPN's Longhorn Network as a sideline reporter. In 2017, she was promoted as a host of Sunday NFL Countdown replacing Chris Berman.

Samantha is a married woman. She tied the knot with her husband Christian Ponder on December 17, 2012, in a private ceremony held in Hudson, Wisconsin in the presence of close friends and family. Christian is the former Minnesota Vikings quarterback football player. The lovely couple is blessed with a daughter, Scout, and an adorable baby boy.

Ponder is yet to receive any specific awards but she has managed to accumulate numerous fan following all over the world with her incredible work. Her Instagram has reached 377k followers till the date.

During her pregnancy, she had to stay at home in Minnesota to prevent the stress from fans issues and some bad encounters when things did not go well for her husband.

Jeremy Thompson is a well-known English journalist. He also works as a news presenter for Sky News. He also worked for BBC News and ITN as a Sports Correspondent.

Jeff Birnbaum is an American broadcaster and a famous journalist. He is known for his work at Fox News Channel, The Wall Street Journal and many more.