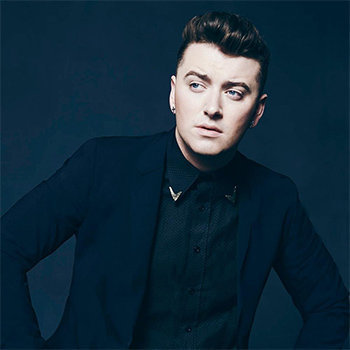 Born in London, he attended St Mary's Catholic School in Bishop's Stortford. His father was a stay-at-home-dad and his mother, a successful banker.

He released his first single from his debut album, "Lay Me Down" in February 2013. He was featured on Naughty Boy's single "La La La" which peaked at No. 1 on the UK Singles Chart. Smith cites Adele and Amy Winehouse as his main influences.

Yes, Sam Smith is gay, and feminist too. He revealed his sexuality in May 2014. His relationship with with actor and model Jonathan Zeizel ended after a month he acknowledged it in public.

He won 2016 Academy Award and Golden Globe Award for Best Original Song for "Writing's on the Wall". He has also won 3 Billboard Music Awards, 3 Brit Awards, 4 Grammys and 1 AMA.

King Cairo Stevenson is the first child of popular rapper Tyga and (Michael Ray Nguyen-Stevenson) and Miami Model Blac Chyna. He was born in late 2012.