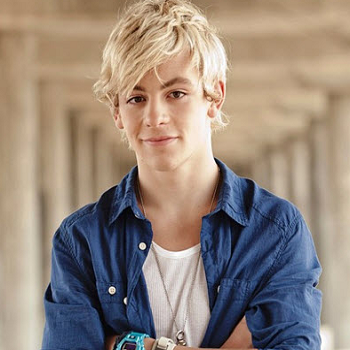 Ross Lynch was born in Littleton, Colorado, United States of America. He received his education at home from the fourth grade. He is the brother of four siblings.

Ross wears a trinket around his neck that reads "Music is poetry with personality". He is also the lead singer of the Hollywood Record's recording group R5.

Ross brother, Riker Lynch, played a plays of Warbler Jeff on Glee (2009). He is a cousin of Derek and Julianne Hough, their maternal grandmothers are sisters.

Ross has been nominated in various awards and has won Kids' Choice Awards, USA for Favorite TV Actor.