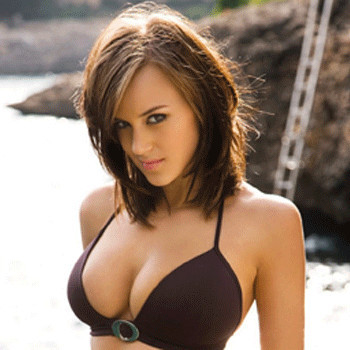 Had started modelling when she was 17, in 2008. After turning 18, she began doing nude modeling.

Has not been married. There is no information on her current dating. However, she is a mother of a son named Xnader. Has not talked about who the father of her son but media claims it must be Jason Sudeskin, with whom she had dated for long.

Holds the record of seven bras in the Guinness World Record for the most bras put on and taken off in one minute in November 2009. Visitors to Nuts' website voted her as the No.1 Sexiest Babe in 2010 and 2011.

There is a rumor that she is dating someone recently but the news has not been confirmed by her.