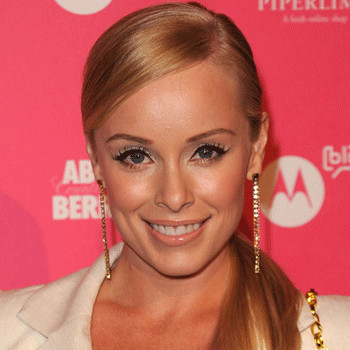 ...
Who is Jaime Bergman

Jaime was born on September 23, 1975 and joined West Jordan High School located in Utah and graduated in 1993. During her high school, she was a cheerleader and was involved into modeling since a very young age.

She is a former Venus Swimwear Model. She was also the first Playmate national spokes model for the beer brand, St. Pauli Girl in 1999. additionally, she has appeared in many movies.

Jamie is married to actor David Boreanaz. They previously had an affair and thus announced their engagement in August 2001 and married on November 24, 2001. They have two children named Jaden and Bella.There aren't any rumors about their divorce.

She was the Playboy Playmate of the Month January 1999 which was the 45th Anniversary Playmate issue. she has also appeared in six of the Playboy's special edition issues.

There have been heavy rumors that David Boreanaz betrayed Bergman by having an affair with Rachel Uchitel. the couple however brush off the rumors as being fake.