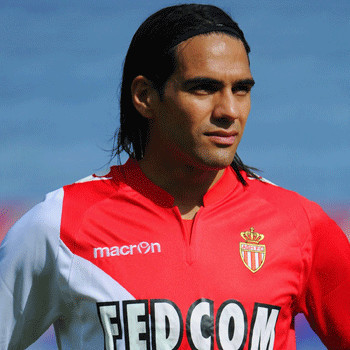 ...
Who is Radamel Falcao

His father Radamel García was a professional footballer who have played as a defender in Colombia and Venezuela. He walked in his father's footstep that led him today to a popular footballer in the world.

He is often described as one of the most natural in form goal scorers in the world due to his abilities to score goals with his various body parts and adapt to most positions.

He married an Argentinean singer Lorelei Taron in 2013. This couple have a child named Dominique García Taron who was born at the Princess Grace Hospital, on 13 August 2013.

He made his full international debut from his nation in 2007. Since, he has scored 21 goals and earned over 50 caps for the team and made himself Colombia's second top scorer of all time.

Due to the age deflection, Falcao may get separated from Manchester United's Squad.