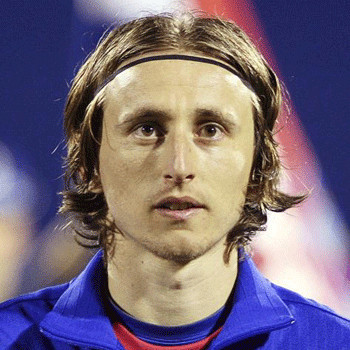 Due to the Croatian War of Independence, his family was forced to flee the area and had to become refugee. In 2002, he signed a contract with Dinamo Zagreb where he spent a season in the youth team, at that time he was only 16 years old.

He has participated in four major tournaments; 2006 FIFA World Cup, 2014 FIFA World Cup and UEFA Euro 2008 and 2012. In Premier Leagues, he became Tottenham’s record signing and the key player in their midfield.

He is married to Vanja Bosnic Modric. They are often spotted together in any kind of event or outings. They also have two children Ivano and Ema.

In 2004,Croatian Football Hope of the Year award was given to him. He was named the best player in the Bosnian First Division at the age of 18. His net worth income is £34 Million.

He is likely to get transfer to Manchester United's squad this season.