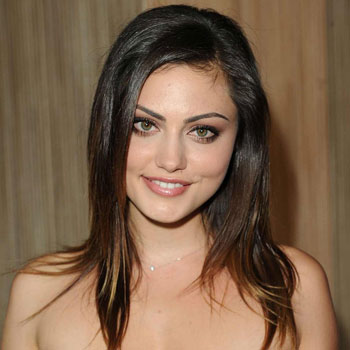 ...
Who is Phoebe Tonkin

Phoebe Tonkin was born as Phoebe Jane Elizabeth Tonkin in Sydney. She was raised along with her younger sister, Abby. She started taking dance class when she was only four in classical ballet, hip-hop, contemporary dance and tap dance before attending the Australian Theatre for Young People. She attended Queenwood School for Girls.

She got immense popularity with her debut role of Cleo Sertori in Children TV series H2O: Just Add Water. She began her career as a model and featured in several commercials and magazines including Teen Vogue. She earns a lucrative amount from her career as a model and an actress. Her current estimated net worth is $3 million. The beautiful brunette possesses an attractive physique of 34-24-34 inch. She has got a mesmerizing hazel color eye and dark brown hair. Outside of films and TV series, she has made her appearance in the music video like Don't Let Go. In 2012, she launched her website, Your Zen Life along with her friend Teresa Palmer. In 2015, she was ranked #5 top actress by Maxim Hot 100.

With her witty looks and bold personality she surely has caught up the heart of many of the guys out there. No wonder, she dated handsome celebrities like Tom Felton ( 2006-2008), Ed Westwick (2011), Xavier Samuel (2011), and Chris Zylka (2013). She dated her Vampire Diaries co-star aka ex-boyfriend Paul Wesly and split up in 2017 after having an on-and-off affair with him for four years. The 28-year-old actress was recently spotted with her rumored boyfriend Charlie McDowell at LAX Airport.

She is yet to receive any specific award even though has been nominated for AFI Awards for Best Lead Actress in TV Drama H2O: Just Add Water.

She is rumored to be dating director and writer of The One I Love, Charlie McDowell.